We're The Peppermint Patties! We're classically trained opera singers but don't be fooled, we can belt too. We love mixing genres, making people laugh and use the stage to promote female leadership in the art while creating beautiful harmonies!
Subscribe to our YouTube
June: Virtual Song Release -Somewhere Over the Rainbow
Streaming live on YouTube June 26 at 3pm CST

The Peppermint Patties present: "Sing, Sing, Sing!" by Louis Prima. The arrangement was originally sung by The Andrews Sisters in 1952. ​ 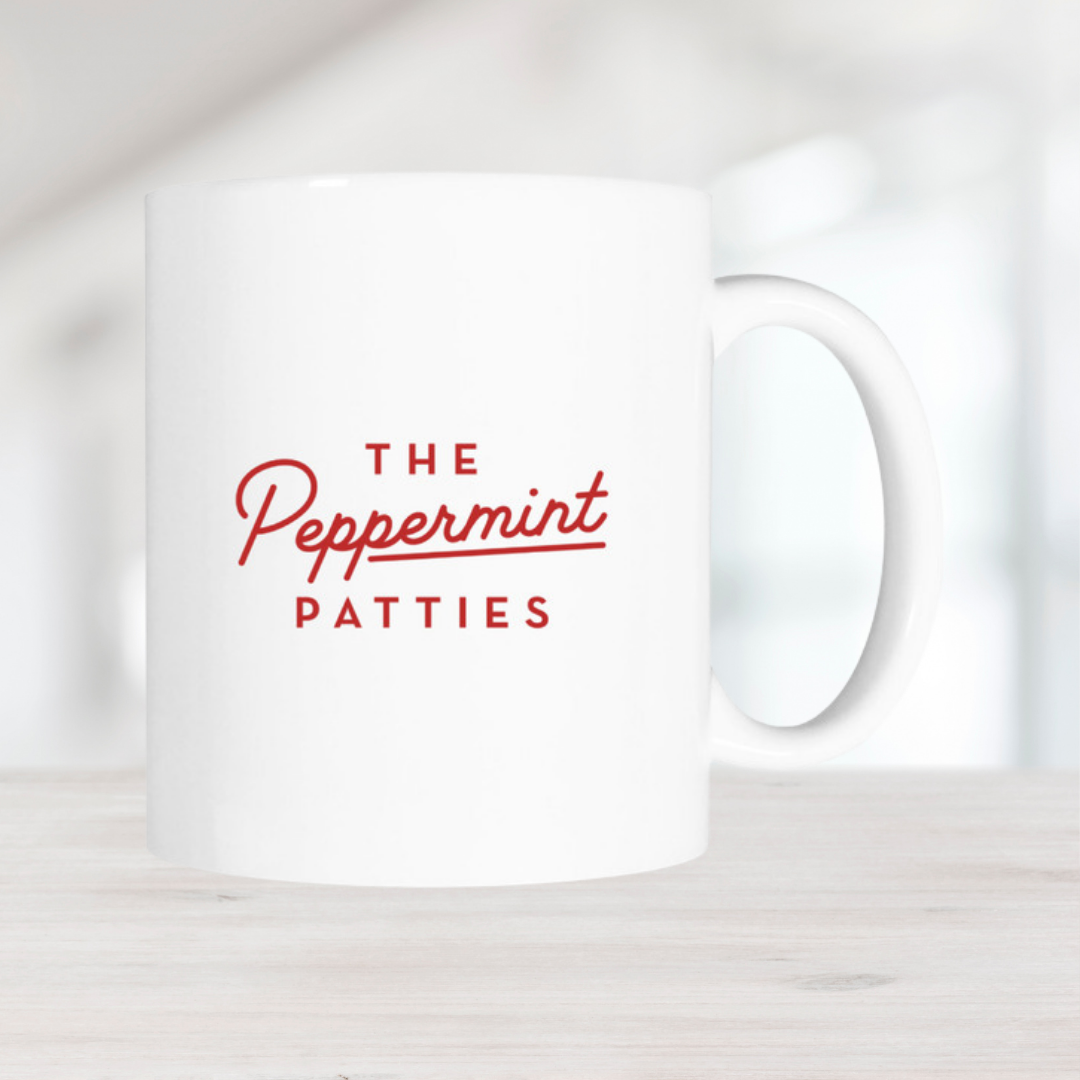 Join the Patties for their rendition of the popular hit "Lollipop" made famous by The Chordettes in 1958!

The song was created when Julius Dixon was late for a songwriting session with Beverly Ross. Dixon explained that his daughter had gotten a lollipop stuck in her hair, causing him to be late. Ross was inspired by the story and sat down right away to pen the famous tune. ​

​"Don't Sit Under the Apple Tree (With Anyone Else but Me)" is a popular song that was made famous by Glenn Miller and by the Andrews Sisters during World War II. Its lyrics are the words of two young lovers who pledge their fidelity while one of them is away serving in the war, or in our case being in a lockdown due to a global pandemic.
Tips Appreciated!

Home For The Holidays: A Virtual Concert
Streaming FREE on Youtube December 5th at 7PM (CST)

Donations are encouraged!
​RSVP via Facebook for streaming information - which will be announced before the concert premeire. 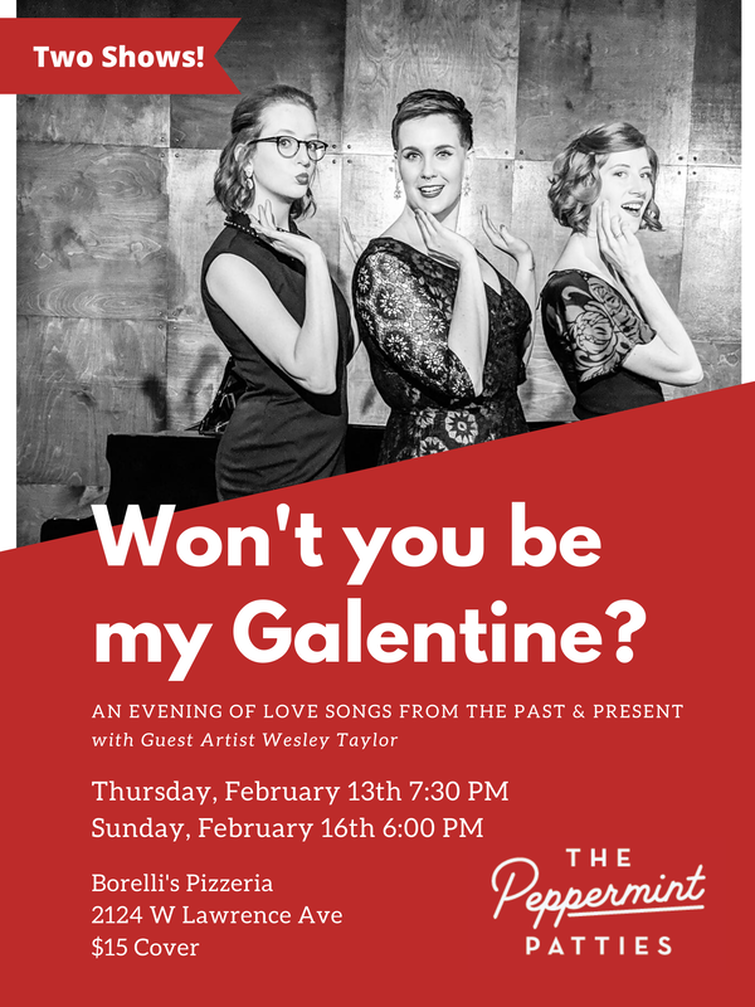 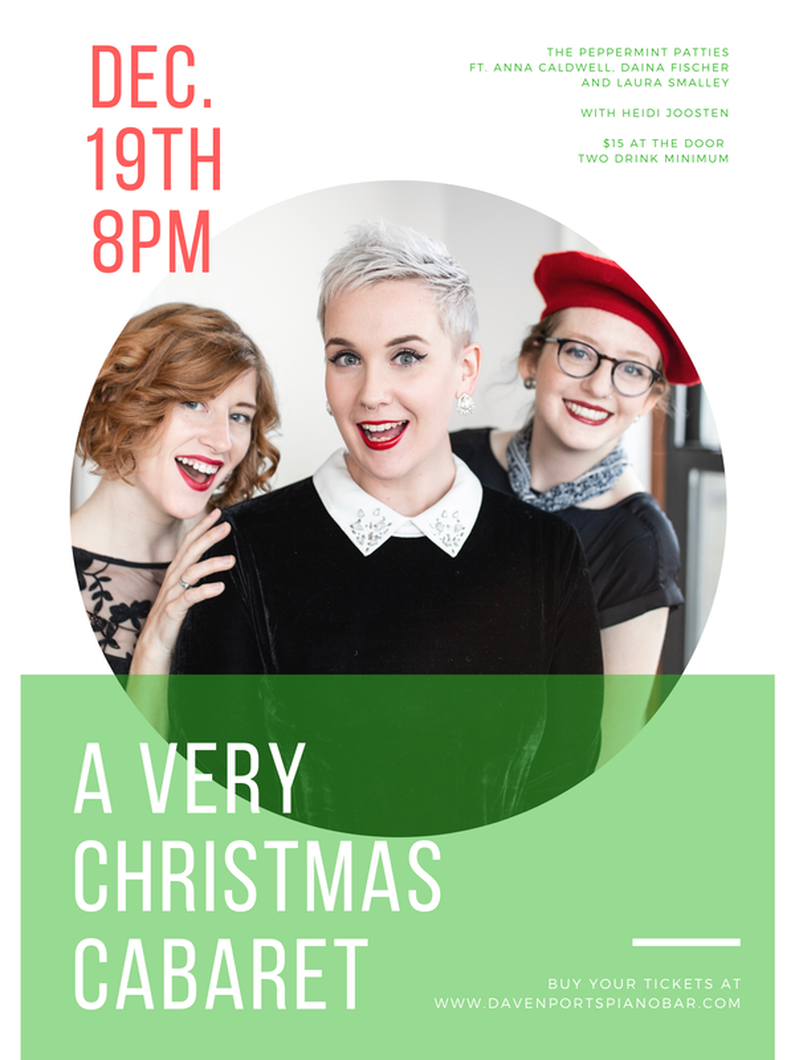